Dutch utility, Stedin NV manages over 23,000 kilometers of gas distribution pipelines and is responsible for 1.9 million connections into homes in the Netherlands. By using SkyGeo’s door-by-door displacement risk estimates, Stedin staff can identify those pipelines with the highest risk and ensure that they are maintained first. This approach has led to significant savings in their maintenance budgets. 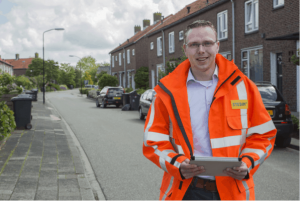 Most houses in The Netherlands’ soft soil are built on a foundation so they do not subside.

Gas distribution pipelines on the other hand subside with the soil. This creates a hinge point where the gas service pipeline enters the building. These connections are prone to breaking. The severity of displacement directly correlates with problems in gas delivery service. Therefore displacement-related maintenance is part of Stedin’s long-term planning.

Previously, Stedin’s knowledge of displacement effects on risk was based on estimations from 1 soil sample per 10,000 m2 This is not good enough, because ground displacement in soft-soil areas is a heterogeneous process: within a street, one service line can be okay, and a few doors down, a service line can experience severe strain due to settlements.

Actual effects of displacement on the most vulnerable part of a service line which can be seen floating in subsiding ground.

Subsidence in the Portland area

Just south of the city of Rotterdam, the Portland subdivision was built on four artificial islands. In this area, complaints about the gas delivery service were filed routinely in recent years. Visible signs of rapid displacement in the roads coincided with high incidence of broken service lines.

The measurements were used to create a street-level displacement map. This showed displacement rates up to 3 cm per year, distributed unpredictably over the area. Ultimately, only 20% of the service lines in the area were found to be at high risk due to displacement, including the area where the customer complaints originated. Stedin decided to prioritize maintenance on this 20% of the connections.

The other parts of the area are monitored. As a test, Stedin dug out 5 random pipeline connections selected from the other, low risk 80%. These samples confirmed no damage from displacement at all as predicted based on our data. 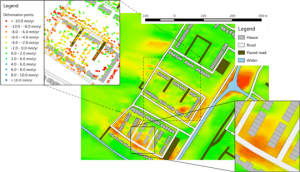 An interpolated risk map detailing displacement velocity within each street that Stedin uses to determine the expected displacement impact per front door.

Based on the results in Portland, Stedin decided to use SkyGeo’s high resolution data to map displacement risk for the rest of its service area with 1.9 million subscribers.

Stedin becomes the first gas distribution company in the world to have this innovative system operational for its network. Implementing the displacement maps Realizing the importance of accurate and detailed displacement measurements, Stedin has implemented these maps in their corporate asset management infrastructure.

Asset Managers and Network Operations Planners can access the data in a GIS environment, while field personnel can view data on a tablet. Specifically, service lines are identified where likely no displacement occurs.

Nowadays, before scheduled maintenance gets done by a field crew, the planner assesses the displacement risk. Since digging up and checking an individual connection costs up to €1,500, Stedin has saved hundreds of thousands of euros in Portland alone while reducing customers’ exposure to construction. 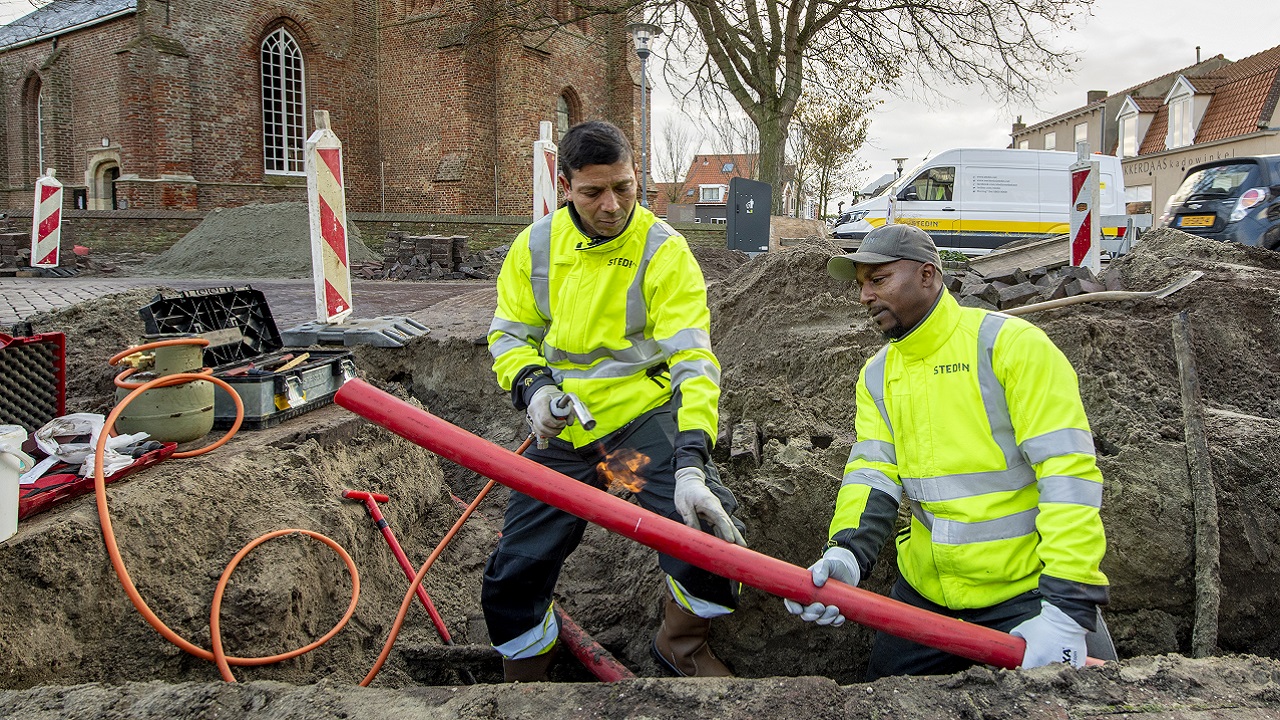 Request a free InSAR sample over your asset.