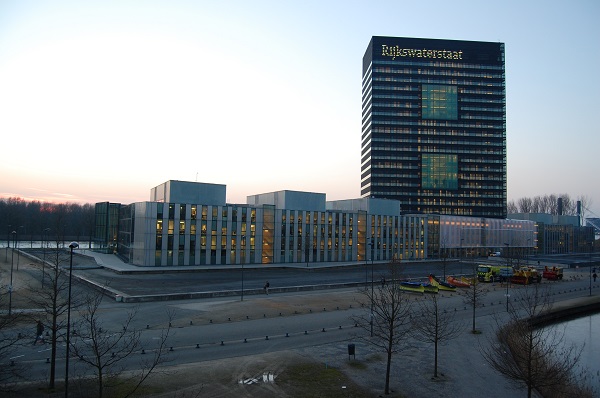 The main application is the development of a change-oriented planning tool for maintaining the Dutch height network NAP (Normaal Amsterdams Peil). Furthermore, it leads to the development of a quarterly update national signalling map of changes in infrastructure behaviour. The second outcome of the tender process is Skygeo is now preferred supplier for all InSAR related projects among which high resolution radar analysis.

Rijkswaterstaat is responsible in the Netherlands for the design, construction, management and maintenance of the main road network and water management. This inludes the national waterways network of canals, rivers and navigation channels in open water and the national water system. One of the tasks of Rijkswaterstaat is to carefully map the surface height of the Netherlands. The Netherlands, which is mainly a large delta that is located for a significant part below sea level, is very vulnerable and hence needs to be protected against large water discharge through the rivers and sea level rise. Large water defence systems are built, such as storm barriers, dikes and levees.

The Normaal Amsterdams Peil (NAP) is the reference level for heights in the Netherlands. The NAP is a dense network of about 35000 benchmarks, of which about 400 are deeply founded underground benchmarks. On the one hand, the benchmarks form the basis for the geodetic network in the Netherlands, as mentioned above, and on the other hand they form an important basis for the initial height determination and stability monitoring of all civil infrastructure.

The benchmarks are measured using optical levelling. With InSAR every day millions of measurements are made in a single acquisition over areas of the size of the Netherlands. The objective is to make a Nationwide Deformation Map available that provides co-governments (central government and local authorities) with medium-resolution and high time-frequency dynamic height data both in vertical and in east-west direction. InSAR will not replace existing measurements, it will complement existing measurements and serve as a guideline for more efficient use of traditional measurement techniques.

InSAR Context is everything

More than a decade ago, when SkyGeo was founded by Leezenberg and Professor Ramon Hanssen of the Technical University of Delft, using InSAR data to for earth observation was exciting and new. Scientists discovered new approaches and algorhytms on a monthly basis. SkyGeo was the worlds first independent InSAR consultancy company, dedicated on making applied InSAR usage work in Area and Infrastructure Management. Nowadays, expanding to multiple continents, it is the leading InSAR Only company in the world trusted by the largest corporations and governements. The Open Data policy by Dutch governement has made over 12.000 datasets publicly available, the Nationwide Deformation Map is expected to be available in the future. Going mainstream will mean that vast numbers of users will embrace the new displacement dataset, making analysis based on their findings without deeper knowledge of the datasets used. By forming our InSAR educational platform SkyGeo Academy and introducing consultancy for (local) governements and businesses who want to incorporate the data into their work processes in The Netherlands we’re fully charged to assist in better understanding of InSAR and better usage of the Nationwide Deformation Map.

In recent years SkyGeo also succesfully released bodemdalingskaart.nl, a map of the Netherlands that frontpaged every newspaper in 2018 and had a major update in 2019. Key difference between the two maps is that Nationwide Deformation Map is a pointmap where individual measurements and timeseries are visualised as data points. Bodemdalingskaart.nl is an Area Movement map, it is ready made to overview larger areas and uses a 2x2KM grid that contains up to 30 times more data. Another big difference is bodemdalingskaart also distinguises between shallow (peat) and deep (gas-winning) displacement. Both maps are perfect examples of Open Data InSAR usage, where everyone can do basic analysis on high quality InSAR maps.